Posted 6 years ago
by Mathieu Hetu 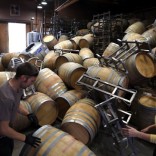 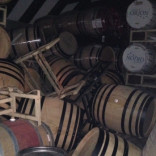 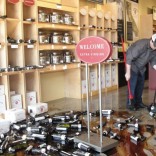 They make headlines especially for urban damage or injuries.

Rarely mentioned as vineyards suffer damage. In fact we rarely think about the vineyards during earthquakes on the west coast. However, they are also at risk because of heavy barrels and tanks can cause massive damage if they are moved suddenly.

Last Sunday, the biggest earthquake that San Francisco has sustained in the last 25 years has made considerable damage in some wineries, particularly south of the Napa Valley. Fortunately, several wineries came to bottle their 2012 wine , greatly reducing the damage. Once bottled, these bottles are well protected and wrapped.

However, several aging barrels  were damaged. They are rather difficult to place back with their heavy content! Since the 2013 vintage has been quite bountiful , the wine consumer should not suffer too much against such Mother Nature surges

Interesting article about the SFGate.com about it.


Wine enthusiast, blogger and globetrotter. Mathieu fell in love with wines years ago, and now is blogging his discoveries with out there.